You don’t have to visit stately homes or great historic monuments to find history and culture.  Sometimes, small is so much more enjoyable.

The Heritage Centre at Brading Railway  Station is a labour of love. It is a rewarding mixture of nostalgia for a steamy past, sitting cheek by jowl with the antiquated rolling stock that still serves the Ryde to Shanklin railway line today.

Its beauty is that so little has changed since the first puffing billies chugged along the line in 1864. Skirting Brading March, there is little new building to spoil the skyline while migrant geese still shout instructions as they fly in V formation across the meadows.

A second branch line was later introduced taking a train on to Bembridge. There, schoolboys could watch with wonder as the engine was uncoupled and turned full circle on a turntable so finely tuned that a single man could pull tons of steel around 180 degrees.

At Brading, another piece of mechanical magic enthralled.  Additional track having been laid, at the end of a journey, the Victorian engine would separate from its carriages, wait until the points had been changed in the signal box and then chug its way down a little loop so that it was once more at the head of the train, ready to make the return trip.

Today, four electric trains an hour trundle up and down the Ryde to Shanklin line. They consist of rolling stock that in 1938, graced the Northern Line of London’s Underground. 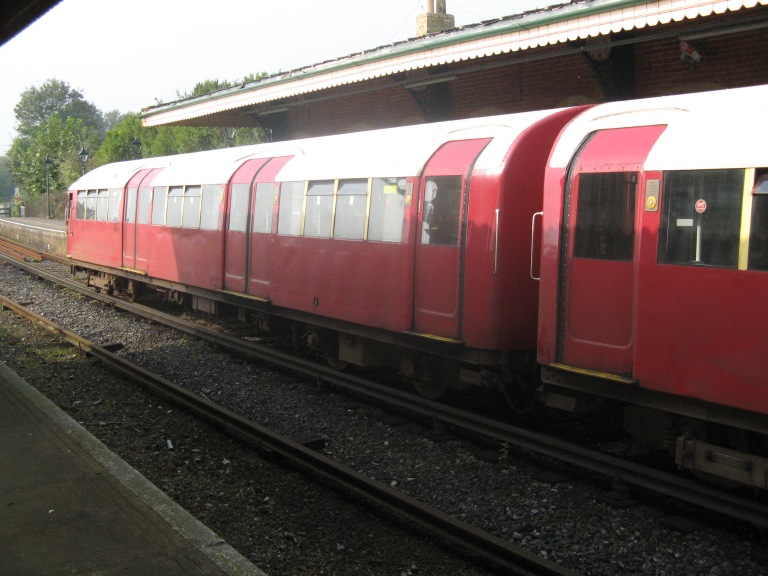 A century ago, twice as many locomotives made the journeys and the control office in the small, tall, signal box was a busy place.

Up in the signalman’s office, everything is bright and shiny.  With nine trains to keep on track, the signalman was adept at pulling leavers and sending messages to Ryde St John’s station to the north and Sandown to the south, reporting on the state of affairs.

The beauty is in the detail, the little stove and sink to allow for making a cup of tea- no tea breaks here, just an array of bright levers and wheels and a thoroughly interesting guided tour of the box.

There is more. The station master’s office has been frozen in time.  Here he sits, sorting the paperwork. 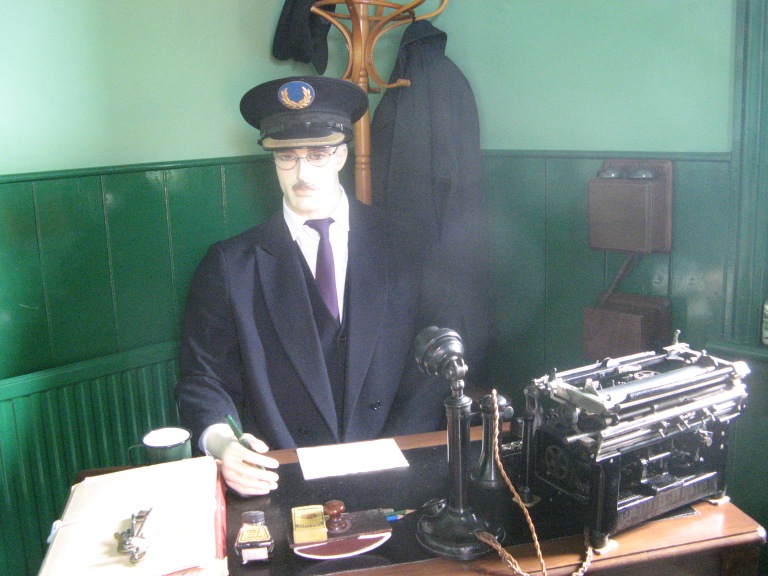 Unlike the signal box, he has a fireplace – and of course, facilities for the ubiquitous cups of tea.

The canopy over the platform still bears the logo of the Isle of Wight Railway, although it might take a moment or two to work out the lettering.

One person loved this station so much that his ashes were buried near to the signal box, where once the Bembridge line passed through. Now, a bush marks the spot.

As you stand on the platform, a distant rumble precedes the arrival of the Shanklin train. Few people are on board and few passengers alight, but this is midweek and mid-morning. Who knows what happens in the rush hour?

Don’t miss out on this delightful piece of nostalgia. Check online for Brading Station Heritage Exhibition and Visitor Centre, or phone 01983 401222 to find out when it is open.  Enjoy!