Have you noticed that there aren’t many gateposts around these days?  They used to be everywhere.  Every terrace, cottage, house would be fronted by two posts supporting their raison d’etre, a gate.

I’m not aware of any campaign to put them on the endangered list. Nobody wears a teeshirt saying Save Our Gateposts.  Architecturally perhaps they aren’t spectacular but look around and it is amazing what you can deduce from a single column.

Many of those ubiquitous 19th/20th century posts have been sacrificed to make way for that modern must-have convenience, the car.  What was once the front garden is concreted over and drivers squeeze their wheels into a space the size of a doormat.  The sight of a front garden filled with hollyhocks and snapdragons grows increadingly rare.

The gatepost, with or without its gates, says alot about whoever put them there.  With a burst of civic pride,  the pillars below were erected with the installation of some village toilets. Loath to leave them plain, the decision was taken to enhance them with an added feature. How the design was chosen is anybody’s guess but the ball marks the entrance to the Gents while the mound leads the way to the Ladies. 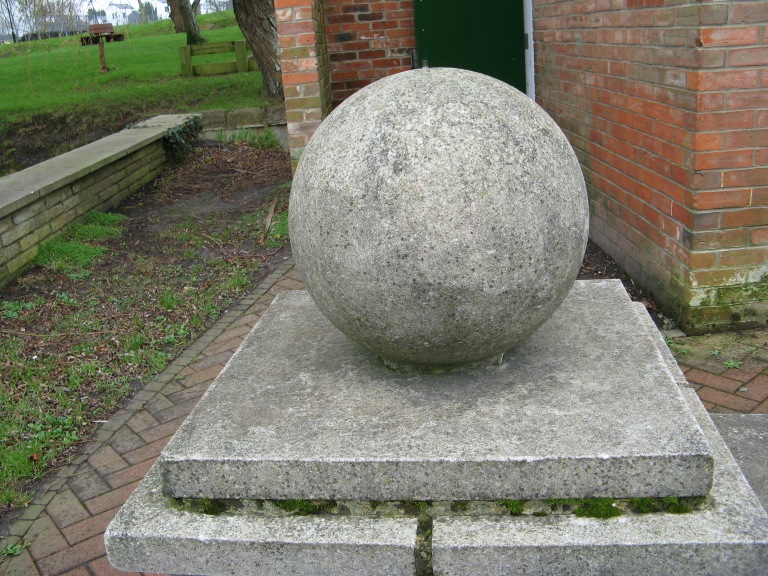 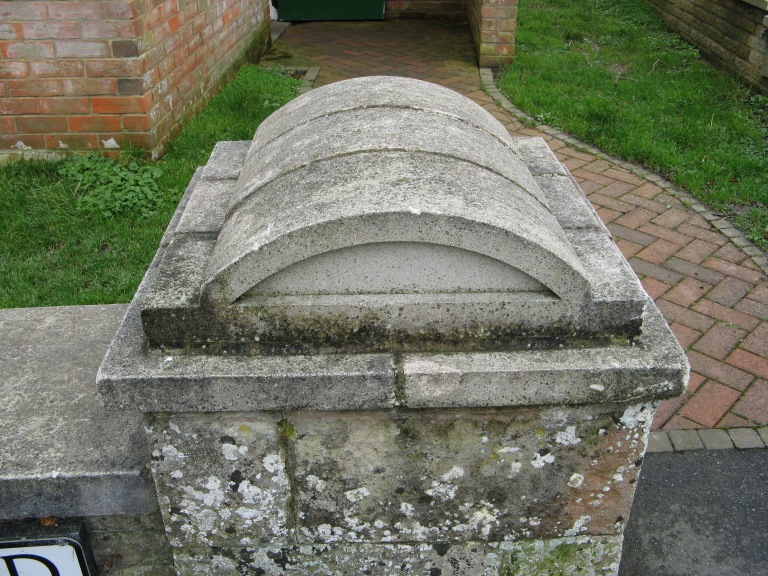 Individuals frequently stamp theirpersonalities on their gateposts.  Whether you prefer a lion, a pineapple or a stone urn is a matter of preference. 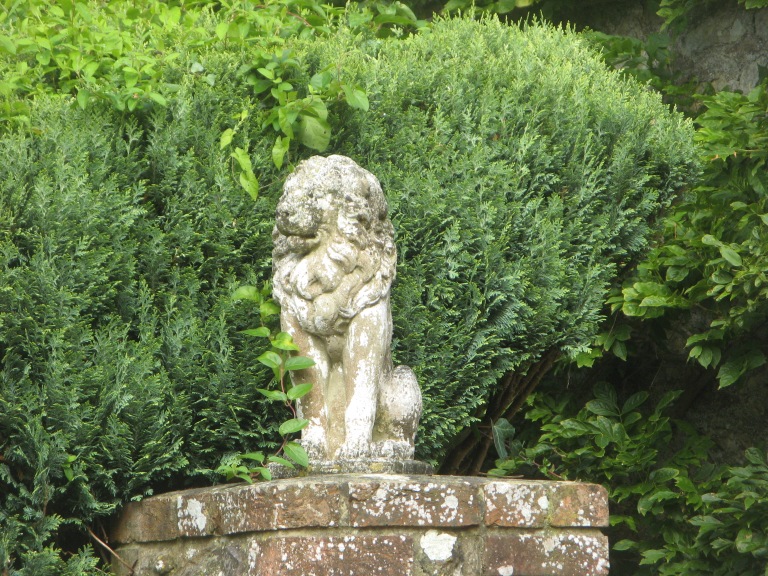 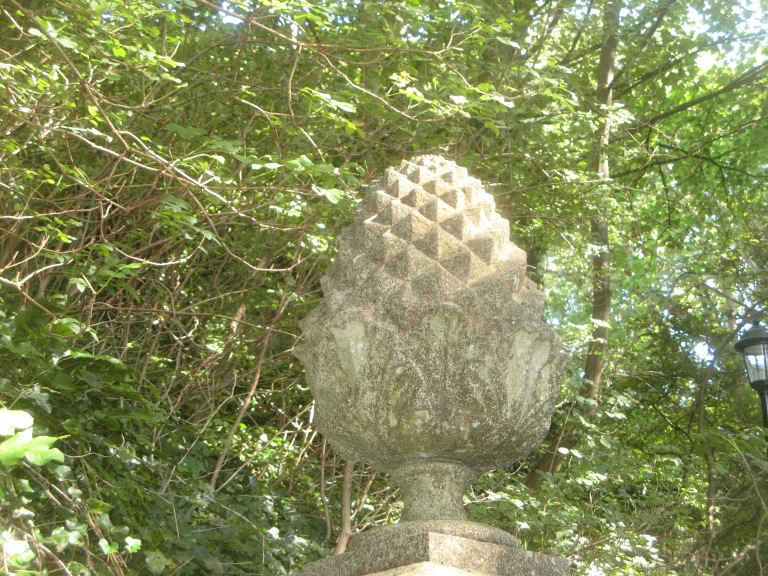 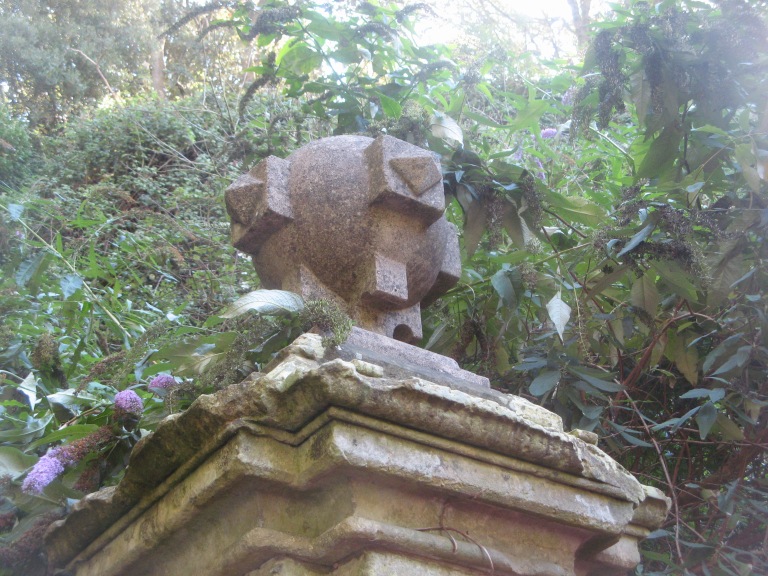 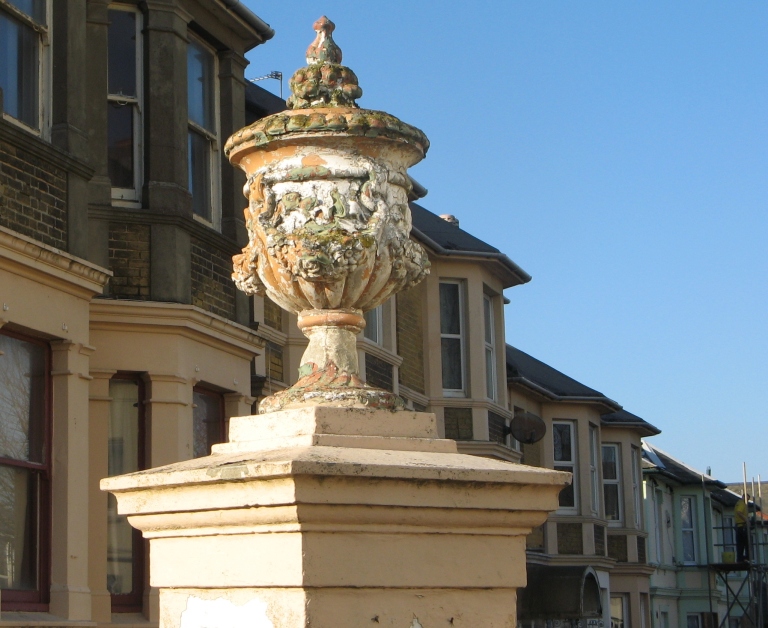 Above all, gateposts with or without their gates, set us thinking: What lies beyond?  By their very nature they defy the observer to venture over the threshold. 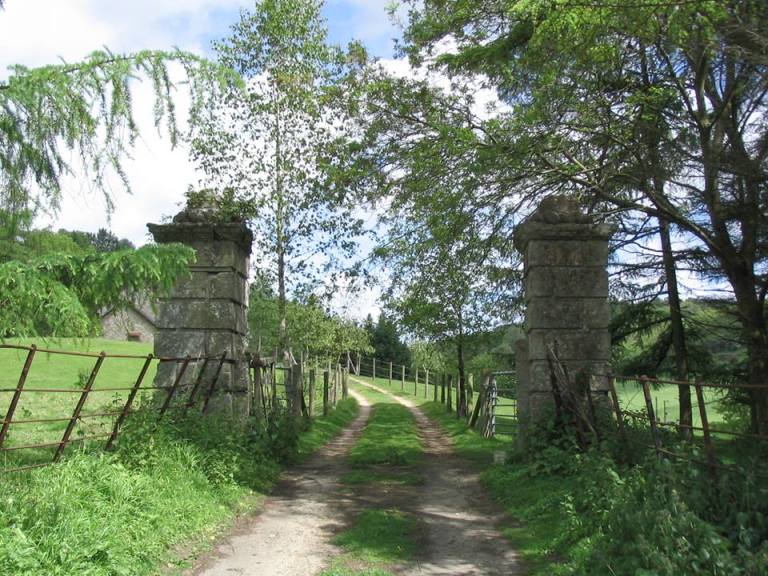 These prestigeous columns mark all that remains of Knighton Gorges(pronounced Kaynighton to distinguish it from Niton, mentioned above). It was reputed to be the most beautiful house in the Isle of Wight, cursed because its first owner, Hugh de Morville was one of the assassins of Thomas Becket in 1180.  A later owner, Tristram Dillington drowned himself in the pond after bis beloved wife and children died within weeks of each other. To avoid having the estate confiscated, his servant loosened his horse’s girth to make it look like an accident

In the 18th century the owner George Maurice Bisset turned it into a branch of the Hellfire Club. Among its nefarious members was the politician John Wilkes. Maurice then eloped with Lady Seymour Worsley whose husband Sir Robert, sued him for ‘criminal conversation.’  Instead of the £20.000 he was expecting, the judge awarded him a shilling for having encouraged the affair.  A few years later, Bisset decamped to a gardener’s cottage on the estate and ordered the house to be razed to the ground, rather than allow his daughter to inherit.  Her crime?  She had married a vicar. 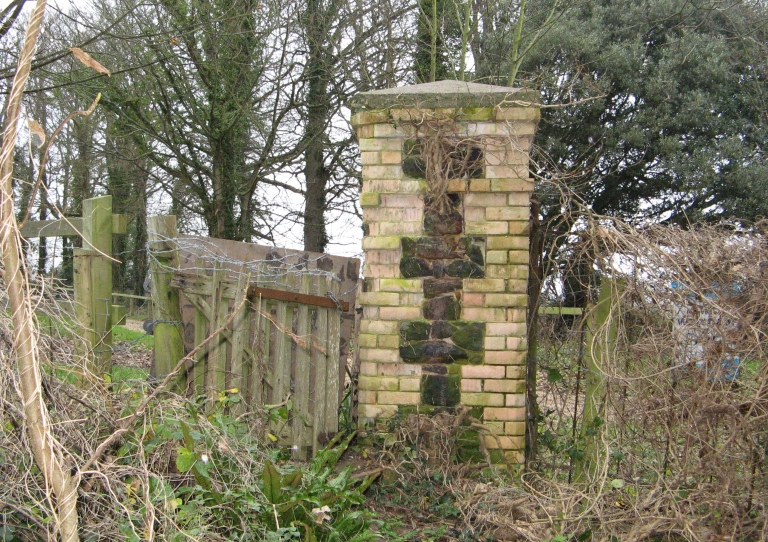 Entrance to Hawkridge Farm, Totland, stripped of decades of ivy to reveal its stonework.

Wandering around your neighbourhood, it is perhaps worth stopping to stare at the pillars and posts and columns that quietly guard houses and ask yourslef “what lies beyond?”

4 thoughts on “A Brief History of Gateposts”