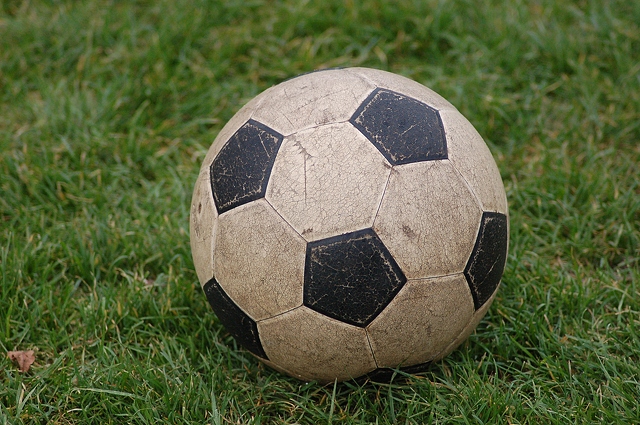 It is strange how a memory can surface out of nowhere.  For no discernable reason, I suddenly find myself transported back seventy years.  I am at home with my parents.  It is Saturday afternoon, five o’clock.  My father is sitting at the kitchen table, a newspaper opened in front of him – the Daily Herald, I think. Each Saturday edition thoughtfully carries a table of this week’s football matches.

The radio is on and Dad clutches a pen in his hand.  I go to say something but am shooshed. Offended I look for something else to do but gradually the monologue emitting from the wireless has me entranced.  There is a curious musical notation. It is James Alexander Gordon and he is reading out the football results. The tone of his voice already begins to give away the result.  Blackburn Rovers two –  the inflection in his voice rises and you suspect already that the match is a home win. West Bromwich Albion one. The voice goes down and the result is now confirmed.  For drawn matches he manages to maintain an even pitch. Wolverhampton Wanderers two – Tottenham Hotspur two.    Mr Gordon was the Mercury of soccer for forty years, bringing the news via BBC Radio to thousands of households across the country.  Ironically it was throat cancer that finally stole his iconic voice.

As a child, the magic of these names enthralled me.  For my father, they offered the hope of a win on the Pools. For a few brief minutes he could dream of winning the jackpot but a cheque through the post from Vernons or Littlewoods rarely arrived. In a nasty act of fate, the week that my mother died, she had three draws on her coupon, her first ever win. A postal order for seven pounds arrived the week following her funeral. I guess that we cashed it.

Perhaps it was because James Alexander Gordon was Scottish that I was particularly entranced by the Scottish results,  Queen of the South, Motherwell, Cowdenbeath, Forfar, Hamilton Academicals.

Once or twice my father took me to see Portsmouth FC play at Fratton Park.  I think I was mostly overwhelmed by the experience, the crowds, the frenetic passion that greeted the team, the oos and ahs that accompanied various shots.  Ours was a quiet household.  The biggest concentration of people I  saw was at the Co-op on a Saturday morning. Later, I took my son and went with a friend to see them in adulthood.  For me, the same feeling of being a bystander, not caught up in the passion and excitement, remained.

I continue to be fascinated by other people’s passion, the importance they give to what eleven strangers, pampered and idolised, do for ninety minutes a week.  I was once taken to a sports venue where young hopeful players were getting a glimpse of the real thing while training during the school holiday with players from Arsenal Football Club. It was a year when they had won everything and a huge amount of silver was on display.  I might have had a deep-seated suspicion of Arsenal because at school we had once been asked to name a town beginning with A and I innocently said Arsenal.  The unpleasant Mrs Robinson scathingly put me in my place, informing me that such a place did not exist.  For my friend however, the proximity with his heroes, his sense of identity with the team and its achievements was evident.

On one occasion my son’s team were in the schools’ finals and I watched as they, the losers, left the field, eleven little boys trying hard not to cry.  Perhaps that was when I hung up my proverbial boots.

3 thoughts on “The Football Results”